Polonia is comprised of 50 members in five member groups: Beginner, Junior, Intermediate, Senior, and alumni group Jeszcze Raz. Polonia's dancers range from age 4 to 64. It should be noted that membership in the Polonia Polish Folk Dance Ensemble is not limited to youth or adults of Polish ancestry. All individuals with an interest in Polish dancing are welcome to join.

Lisa Novak (nee Abrahamowicz) was born in Regina to parents of Polish descent. Lisa began dancing at the age of five. In the fall of 2010, after 19 years as a dancer, Lisa assumed the role of assistant director of Polonia's senior group. In 2009 she also assisted in teaching the junior and intermediate groups of Polonia. She is a strong advocate for the arts and in 2013 completed her Bachelor of Education in visual arts. In the fall of 2014 Lisa assumed the role of director of the senior group.

Iryna Smela (nee Sidorevich) was born in Minsk, Belarus, and immigrated to Canada in 2007. Throughout her childhood Iryna participated in many forms of dance, from ballet at a very young age to Irish dancing as a young adult. Iryna began Polish dancing at the age of 23 with Polish Dance Group Karolinka in Brest, Belarus. Upon Iryna's arrival in Canada, she joined Polonia and danced with the ensemble in 2007 and 2008. In the fall of 2014 Iryna assumed the role of director of the junior and intermediate groups. She takes great joy in teaching the youngsters traditional Polish folklore through song and dance.

Daniel Smela was born in Regina to parents of Polish descent. Daniel began dancing with Polonia at the age of five and has been an integral part of the ensemble over the years. Daniel's passion for Polish dancing was really sparked while dancing in the senior group, thanks to the opportunity to travel and dance abroad. Daniel has helped out in teaching and assisting in directing the junior and intermediate groups.

Stanley Slopek was born in Regina and raised by parents who emigrated from Poland after the Second World War. He began Polish folk dancing at a very young age. This began his lifelong passion for Polish folk dance and music. In 1975, Stan travelled to Lublin, Poland to attend the certificate program for instructors of Polish dance groups. Throughout the years, Stan worked to further his knowledge of Polish folk dance. He has attended workshops in Gdansk and Rzeszow, Poland. He has participated in choreography workshops in Milwaukee, Wisconsin and in Regina at the Polish folk dance festival of the Americas. Stan has been a director with Polonia with over 20+ years experience, and continues to show his passion for folk dance by returning to direct the group, Jeszcze Raz, formerly known as the Mamas and Papas group.

Marten Fidler and Karin Rustad started the Beginner Group of Polonia in the Fall of 2019. Both Marten and Karin share a passion for dance.

We would like to thank those who have volunteered their time as directors, assistant directors or managers throughout the years. Thank you for hard work and commitment to Polonia:

Come Dance With Us

4 levels of dance - ages 4 and up
All costumes provided
Perform, travel and have fun
Annual memberships $125.00

You don't have to be Polish to dance with us - everyone is welcome! 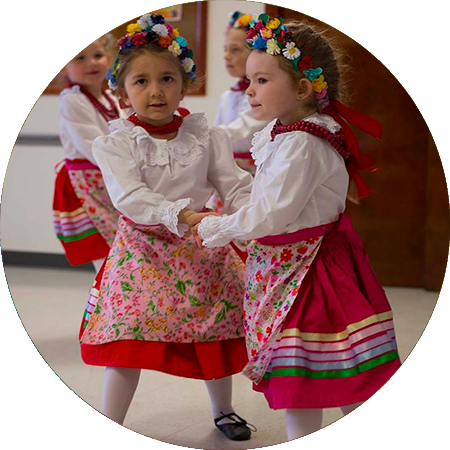 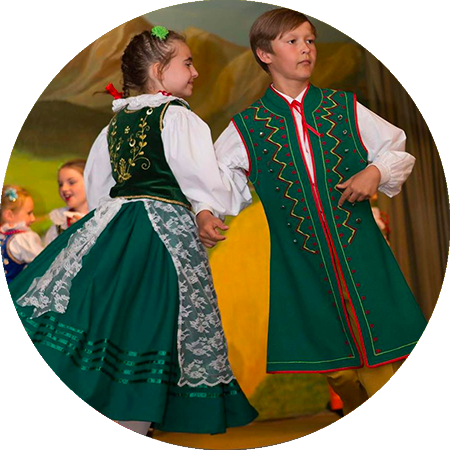 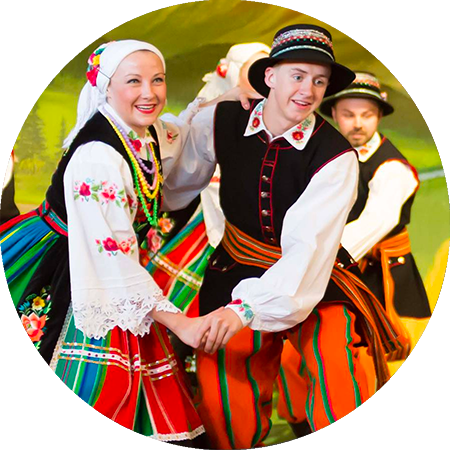 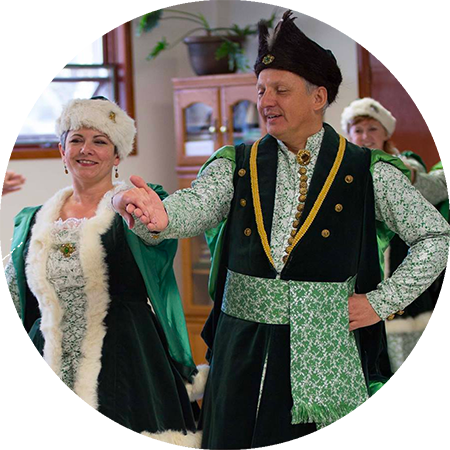